To the Auburn football team was pretty darn effective:

Just ignore that fumble that was run back for a TD and enjoy the other TD’s.

The first video below is a nice tribute to Darrell Royal, the iconic University of Texas football coach who died earlier this week. Also, Mickey Herskowitz — Houston’s greatest sportswriter — provides this heartfelt remembrance, while Dave Kindred passes along something about Coach Royal that I didn’t know, which was that his favored way of dying was the same as my father’s (“Heart attack, coming off the 18th green, taking everybody’s damned money”). Finally, the second video below reprises Coach Royal’s most famous game. Enjoy these remembrances of a truly remarkable life.

On the day of the BCS national championship game, this SNL video reminds us that there are way too many bowl games. 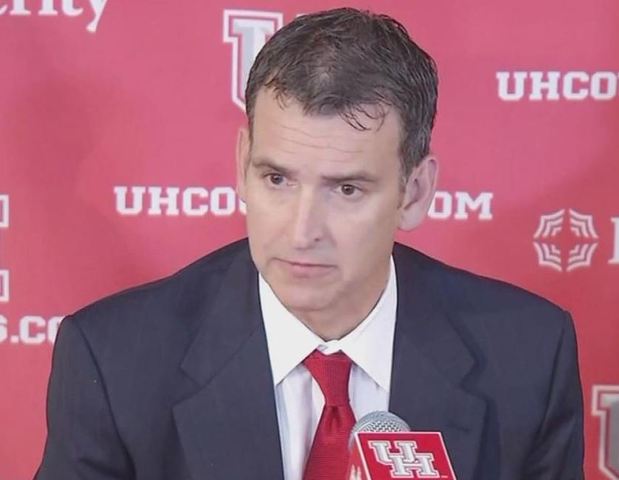 Given the recent success of the University of Houston football program, UH athletic director Mack Rhoades has been able to fly largely under the radar of public scrutiny.

Rhoades came to UH after the past two UH head coaches Art Briles and Kevin Sumlin were hired, so he really had nothing to do with the revitalization of Houston’s traditionally innovative football program that Briles and Sumlin engineered.

Rhoades’ first coaching change after coming to UH was dubious, although he at least had the good sense to mitigate the negative impact of that decision by hiring a protégé of the coach that he replaced.

But despite those missteps, Rhoades was in a perfect position to hire the best coach available to replace Sumlin, who everyone even remotely connected with college football knew was going to be plucked by a program in a BCS conference after leading UH to a 12-1 record. Given UH’s recent success, how hard could that be?

Well, maybe harder than you would expect, particularly if you are ill-prepared to conduct the search.

Two weeks after Sumlin elected to take the head coaching position at Texas A&M, it is painfully clear that Rhoades was inexplicably unprepared to replace Sumlin.

Indeed, but for reaping the benefit of Rhoades’ questionable decision-making, Levine probably would not have been a candidate for more than a relatively minor assistant coaching position at another college program.

Meanwhile, Rhoades chose Levine over a more qualified member of the Houston staff, Jason Phillips, whose background is remarkably similar to that of Sumlin at the time the latter was hired as Houston’s head coach.

Phillips – who is indisputably the best recruiter on the current UH staff – will almost certainly now move on to greener pastures, probably as the offensive coordinator for SMU’s June Jones, who tried to hire Phillips four years ago when Sumlin persuaded him to stay at his alma mater. After being rejected by UH for a less-qualified candidate, it is extremely doubtful that Phillips will stick around this time.

And realistically, given that Levine has never coordinated either an offense or a defense at the major college level, how likely is it that he is going to be able to attract the coaching talent necessary to sustain Houston’s tradition of innovation that has been built under the regimes of Bill Yeoman, Jack Pardee, John Jenkins, Briles and Sumlin?

As a Houstonian and a UH alum, I hope Coach Levine well. He appears to be a genuinely nice fellow and a good member of UH’s current staff.

But as a longtime observer of – and participant in – the politics of big-time college football, my instincts are telling me something much more troubling about the UH athletic program.

That is, Mack Rhoades is a lightweight who is in way over his head.