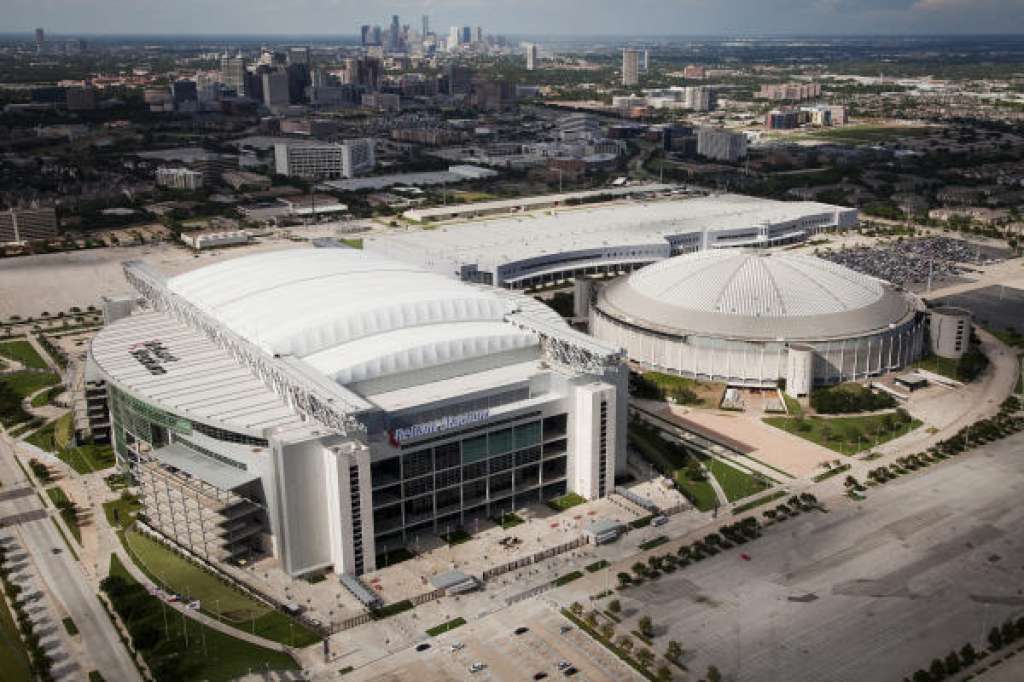 Who would have ever thought that the combination of hosting a Super Bowl and dealing with the question of what to do with the Astrodome is teaching us a valuable lesson in economic trade-offs and the declining importance of the mainstream media?

Even before Houston’s leaders were done patting themselves on the back for that effort, the local mainstream media mouthpiece for the Houston Texans — the Houston Chronicle — was already proclaiming the need for Harris County taxpayers to step up and fund millions of dollars of improvements to 16-year old NRG Stadium or else — heaven forbid! — Houston will be excluded from hosting future Super Bowls.

As an aside, not being eligible to host a Super Bowl might be a problem if it was even reasonably clear that the Houston area would suffer economically from not hosting the event.

However, there is substantial doubt that hosting a Super Bowl has any positive economic impact for the host city at all. But you won’t hear that information from Houston’s political leaders and mainstream media, all of whom revel in the media hubbub that surrounds the Super Bowl.

But back to the story. The Chronicle being the Texans’ mouthpiece for spending additional public funds on NRG Stadium is not surprising. Frankly, there aren’t many public funding initiatives that the Chronicle opposes, no matter how absurd.

Nevertheless, this particular piece of Chronicle propaganda was surprising because it suggests that the $100 million or so of public funds being allocated to another of the Chronicle’s favorite boondoggles — Harris County Judge Ed Emmett’s plan to turn the Astrodome into a combination parking garage and nebulous public use facility — would be better used in upgrading NRG Stadium.

Meanwhile, in Austin, Houston area State Senator John Whitmire announced that he is proposing a bill in the Texas Legislature that would require local governments such as Harris County to hold a voter referendum before spending the $100 million in public funds that Judge Emmett wants to spend on his Dome Parking Ramp project.

So, by the end of the week, Judge Emmett was publicly blasting Senator Whitmire’s proposed bill while Chronicle management was trying to figure out how it had supported public funding of both Judge Emmett’s Dome Parking Ramp project and the Texans’ plan to use those funds to upgrade NRG Stadium. Houstonians were left holding on to their pocketbooks for dear life.

One of my sage friends commented that it only took building two domed stadiums next to each other and then letting them compete for limited public funding for the Chronicle finally to learn about trade-offs in spending public funds.

What are we to make of all this?

My sense is that the public’s skepticism of its local leaders and mainstream media over the Dome is a reflection of the ongoing dynamic that Martin Gurri addresses in his 2014 e-book, The Revolt of the Public and the Crisis of Authority in the New Millenium, which is generating interest in academic circles trying to figure out the unexpected turn of events in the 2016 Presidential election.

In essence, Gurri argues that the exponential increase of information available to the public since 2000 through the internet and social media is fundamentally altering the public’s relationships with — and trust of — societal institutions such as government and the mainstream media.

Gurri maintains that political leaders can no longer rely on mainstream media to be the sole filter of the message that the leaders want the public to embrace. Now, the public has innumerable sources of information in which to evaluate a leader’s message.

Consequently, the reality is that the public is long past listening to the propaganda of mainstream media outlets in evaluating Judge Emmott’s Dome Parking Ramp plan or additional funding for NRG Stadium.

Although most Houstonians revere the Dome, Houstonians now understand that Harris County has spectacularly mismanaged the Dome and that it is a waste of limited public funding to perpetuate that mismanagement. Even if it means the destruction of an iconic structure.

The legacy of Harris County mismanagement of the Dome is long and appalling. The original Dome was always a magnificent baseball stadium first and a rather pedestrian (but dry and comfortable) football stadium second.

But when Bud Adams threatened to move the Oilers from Houston during an economic downturn in the oil and gas industry in the mid-1980’s, Harris County Commissioners panicked.

By rolling over for Adams, the Commissioners damaged the Dome as a baseball stadium by adding 15,000 seats, which made the Dome a marginally more attractive football stadium. However, the extra seats required removal of the Dome’s exploding centerfield scoreboard and Judge Hofheinz’s rightfield apartment, two characteristics of the Dome that made it a truly special baseball park.

And to make matters worse, the Harris County Commissioners received only a 10-year commitment from Adams to continue playing in the Dome in return for making those “improvements.” After that term expired, Adams took Nashville’s money and moved the Oilers to Tennessee in 1997.

Not surprisingly, the Astros soon tired of playing baseball in a mediocre football stadium. So, the County assisted the Astros in building Minute Maid Park, which opened in downtown Houston in 2000. At the time, County Commissioners made no effort to develop a new plan for the Dome.

Even when Harris County assisted Bob McNair in bringing the NFL back to Houston by financing construction of NRG Stadium next door to the Dome, County Commissioners sat back and had no plan for the Dome.

So, the Harris County Commissioners simply decided to let the Dome rot.

That decision was bad enough. But to compound that mismanagement, the Commissioners ceded effective control over NRG Park — the parking lots and facilities that surround the Dome — to the Texans and the Houston Livestock Show and Rodeo for substantial portions of each year.

That transfer of control of NRG Park effectively precludes any private business from investing in the Dome. No private business is going to invest in the Dome for an alternative use when it knows that its prospective customers won’t be able to use the adjacent parking lots for numerous dates each year.

Even the County’s tenants who control NRG Park aren’t enthused with Judge Emmott’s Dome Parking Ramp plan. The Texans have no use for the Dome and prefer that the space be turned into badly needed parking for NRG Stadium. The Rodeo has been more diplomatic about Judge Emmett’s plan, but has made clear that it doesn’t really need the additional public use space and is not interested in investing a dime in the plan.

In defense of Judge Emmett, most of Harris County’s legacy of mismanagement in regard to the Dome occurred before he became County Judge in 2007. Since that time, he has worked to come up with a plan for the Dome, which is more than can be said for his predecessors. For better or for worse, he has attached his legacy wagon to his Dome Parking Ramp plan.

But here is what Judge Emmett is missing. Through no help of the mainstream media, Houstonians have come to understand that investing over $100 million in the Dome has trade-offs.

As even the Chronicle has noted, investing $100 million in the Dome may mean that NRG Stadium is not updated sufficiently to host a future Super Bowl.

Similarly, spending $100 million in the Dome means that the Harris County Jail — a third world-like hell-hole for decades — will not receive those funds and will continue to be an embarrassment to Houston and a constant source of lawsuits against the County in federal courts.

Likewise, investing $100 million in the Dome means that those funds will not be available for use on badly-needed flood control improvements to protect citizens during Houston’s frequent periods of heavy rain.

Given those trade-offs, most Houstonians understand that it’s time to move on. 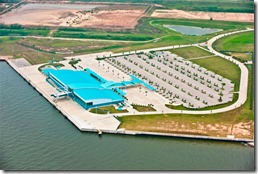 You need only watch the first 15 minutes or so of this to know that a grave injustice took place.