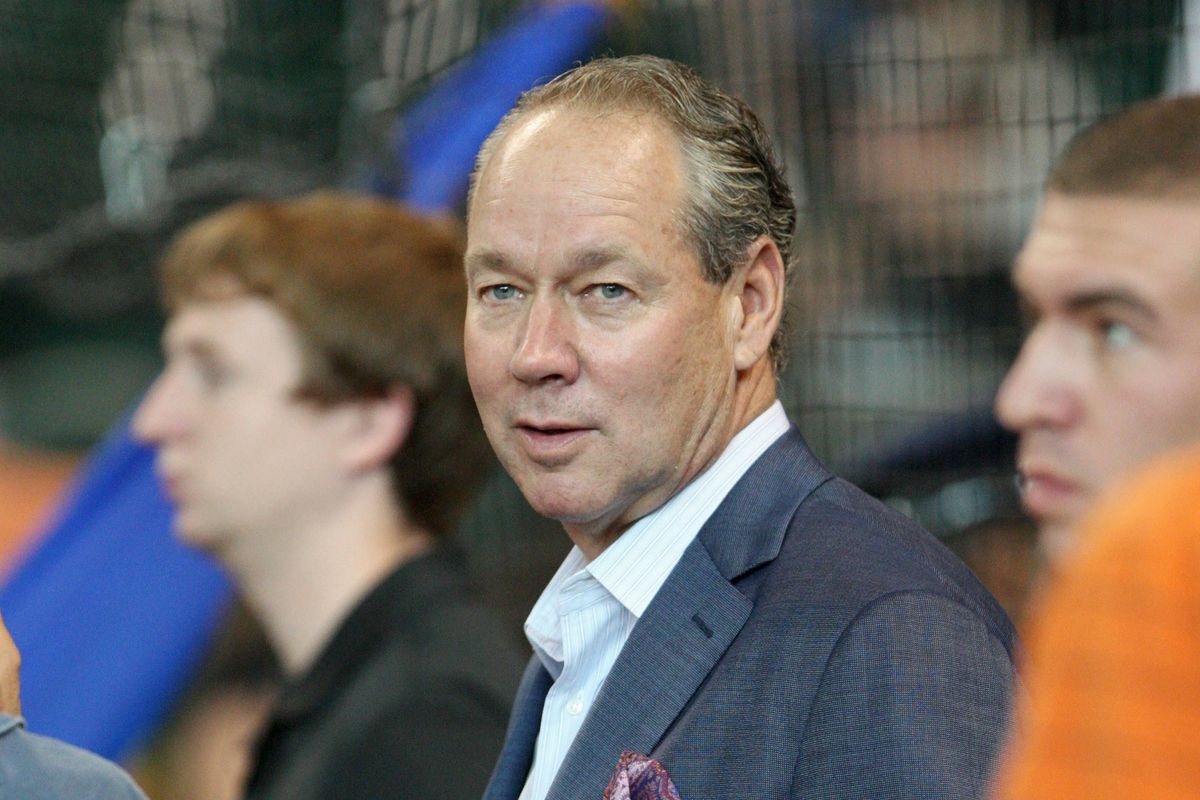 With the announcement that Drayton McLane has finalized the sale of the Stros to a group of investors led by Jim Crane, my sense is that an overhaul is around the corner.

As regular readers of this blog know, I think McLane held on to the club way too long. He probably should have sold after the 2006 season failed to repeat the excitement of the 2005 World Series run and certainly after the disastrous 2007 season, when Crane’s first attempt to buy the club went awry, probably due to tightening credit markets at the time. Nevertheless, if McLane had sold then, he almost certainly would have gone done in history as the best owner in franchise history.

However, Bill James’ “Law of Competitive Balance” set into the Stros organization after the club’s improbable 2005 World Series appearance and McLane never fully recovered from that syndrome.

He did finally clean house and hired GM Ed Wade and scouting director Bobby Heck to resurrect a farm system that McLane had allowed to deteriorate from one of MLB’s best when he acquired the club in 1992 to one of the worst over the past five seasons. Although the Stros appear to have picked reasonably well over the past three drafts, most of those players are still developing on the lower-level farm clubs.

Now that McLane’s dubious decision to allow the Stros farm system to erode has been fully exposed, that detracts considerably from the legacy of success that the club enjoyed under his watch during the Biggio-Bagwell era. Ballpark and television network assets aside, no one in their right mind could argue that the Stros baseball operation is in better condition now than when McLane bought it in 1992.

So, what should one expect from Crane, who appears to have paid a premium price for the club?

I think there will be big changes. Crane has more baseball knowledge in his pinky finger than McLane ever had, so Crane understands the importance of rebuilding the farm system. My bet is that Crane will take a run at keeping Heck, who is well-regarded in baseball development circles. I don’t think there is much chance that either Wade or team President Tal Smith will be retained, though.

Long term, Crane will emphasize a baseball operation that measures performance statistically much more carefully than McLane’s baseball operation, which flubbed in that area frequently. I’m not suggesting that Crane won’t make mistakes. But my bet is that they won’t be of the nature of paying Kaz Matsui $16.5 million or Brandon Lyon $15 million over three years. Or Clint Barmes almost $4 million and Bill Hall $3 million for one season. Or Brad Ausmus, ever.

And for that, Stros fans should all be thankful.