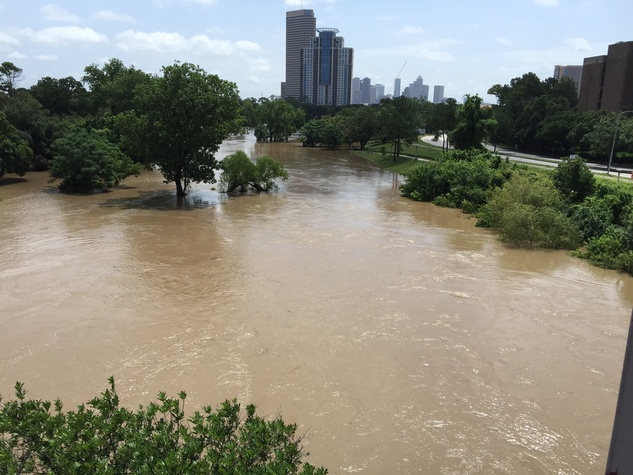 Given the regularity of gully-washers in Houston, flood control is something near and dear to the heart of any Houstonian.

So, the Renew Houston organization reasons, who could possibly be against Proposition 1 in the upcoming election? That’s the referendum that seeks to raise about $8 billion of dedicated taxes over the next couple of decades to fund flood control projects and other infrastructure improvements.

Well, I doubt many Houstonians oppose improving flood control and other reasonable infrastructure improvements. But reasonable folks can certainly differ over how to pay for it. And more precisely, whether local governments have already committed limited tax dollars to boondoggles such as the Metro light rail system that should have been used for the more beneficial projects that Proposition 1 proposes.

Metro’s defenders – many of whom are supporters of Proposition 1 – typically rely on the 2003 referendum as the primary basis for their continued support of the light rail boondoggle.

But the problem with the 2003 referendum and Proposition 1 is that they ask voters to approve large public projects in a vacuum while ignoring Peter Gordon’s three elegantly simple questions regarding economic choices:

For example, let’s assume that voters in 2003 had been informed that the expenditure of a billion or so of public money on building a lightly-used light rail system has real consequences, such as leaving inadequate funds available to make the improvements to Houston’s flood control system and infrastructure that Proposition 1 now proposes.

No one knows for sure, but my bet is that voting results would have been dramatically different if the foregoing alternative had been a part of the 2003 referendum.

Unfortunately, the relatively small groups that benefit from urban boondoggles have a vested interest in preventing the voters from ever examining those threshold issues. The primary economic benefit of such public projects is highly concentrated in only a few interest groups, such as representatives of minority communities who tout the political accomplishment of shiny toy rail lines while ignoring their constituents need for more effective mass transit; environmental groups striving for political influence; engineering and construction-related firms that profit from the huge expenditure of public funds; and real-estate developers who profit from the value enhancement provided to their property from the public expenditures.

As Professor Gordon wryly-notes “It adds up to a winning coalition.”

Unfortunately, once such coalitions are successful in establishing a governmental policy subsidizing boondoggles such as the Metro light rail system, it is virtually impossible to end the public subsidy of the boondoggle and deploy the resources for more beneficial projects.

How do these interest groups get away with this? The costs of such boondoggles are widely dispersed among the local population of an area such as Houston, so the many who stand to lose will lose only a little while the few who stand to gain will gain a lot. As a result, these small interest groups recognize that it is usually not worth the relatively small cost per taxpayer for most citizens to spend any substantial amount of time or money lobbying or simply taking the time to vote against a boondoggle such as a light rail system.

But would the citizenry react differently if they knew that their lack of action in the face of an urban boondoggle might prevent the funding of much more beneficial projects?

Writing about Phoenix’s new light rail system, which is just as uneconomic as Houston’s, Warren Meyer analogizes the funding of these systems to dubious household purchases:

[The] Phoenix light rail reminds me of a home I visited recently that had a $50,000 super-size 100-inch flat screen TV. That TV was gorgeous. Everyone who saw it immediately fell in love with it.  It worked flawlessly, and everyone at the party wanted one. In fact, it was probably the greatest, most sensible and successful purchase of all time .   .   . as long as one never considered the cost.  This is exactly how light rail seems to get evaluated.

In building a light rail system, did Houston buy an expensive flat-screen TV with funds that would have been better utilized taking care of the drainage problem in the back yard? Or are things going so well at work for Houston that it can do both?

We will soon find out.