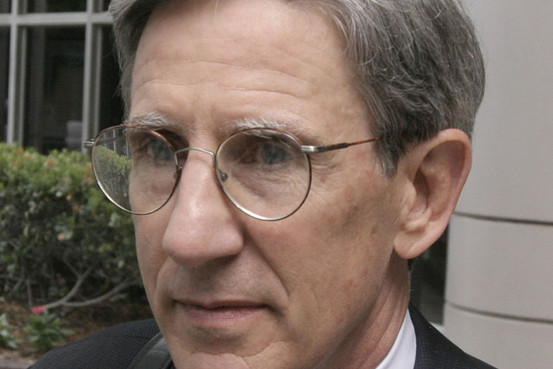 Daniel Bayly has had an impeccable professional career.

A 30-year veteran of the executive ranks of Merrill Lynch, Mr. Bayly joined Merrill in 1972 as an associate in New York and rose through the ranks to become a managing director of Merrill while working in Chicago.

During his three decades with Merrill, Mr. Bayly was one of the firm’s most popular and respected executives.

Despite this stellar career, Mr. Bayly has just finished serving the first week of a two and a half prison sentence handed down this past May in connection with the Enron-related Nigerian Barge case. Although Mr. Bayly has a strong case for having his conviction overturned, the Fifth Circuit Court of Appeals denied without so much as an explanation of its basis for doing so his motion to remain free pending disposition of his appeal.

As with the sad case of Jamie Olis, most of the mainstream media is ignoring Mr. Bayly’s plight, treating it as a bad dream that has now gone away. However, Mr. Bayly’s family and many friends are not going to allow this injustice to recede quietly from public view.

In that regard, two friends of the Bayly family — Susan Scherbel and Steven Jackson — prepared the following piece that makes as compelling a case as any legal brief that Mr. Bayly is a victim of the government’s misguided criminalization of ordinary business transactions in the post-Enron era and that, but for God’s grace, this nightmare could be happening to any of us:

Last week, Daniel Bayly left his home and family in Connecticut to report to a prison in Hopewell, Virginia. There, he will begin a two and a half year prison sentence for his role in the Nigerian Barge transaction – a legitimate and successful deal between Enron and Mr. Bayly’s former employer, Merrill Lynch. From the evidence presented at his trial, his only offense appears to be that he was at Merrill Lynch when the deal was done. This is a tragic time for the Bayly family as well as for us, the hundreds of friends, colleagues and well-wishers who know Mr. Bayly to be a good, decent and honorable man.

At Mr. Bayly’s sentencing in April, Judge Ewing Werlein, Jr. said: ” . . . it may be that I’ve never had a defendant stand before me, probably in my years as a judge and having sentenced hundreds of people, that has had a more glowing and extraordinary record of being a good citizen . . .”

However, when Mr. Bayly appealed his conviction, his motion to be released pending appeal was denied. It was irrelevant that he had no history of prior wrongdoing. It was similarly irrelevant that over one hundred of his close friends and supporters sent letters to the court pledging bonds of $10,000, guaranteeing Mr. Bayly’s bail. Neither the strength of his appeal, his stellar record nor the trust of his friends has prevented the worst: Mr. Bayly is in jail while his appeal proceeds – this is the way a hardened, serial offender is treated. And, yet, nothing about the case or this man merits this indignity.

Mr. Bayly’s sole involvement in the Nigerian Barge transaction consisted of determining that the investment banking division could afford the $7 million investment in the deal (this was not difficult – his division had revenues of $4 billion that year). Then, at the request of the Committee, Mr. Bayly’s boss directed him to participate in a conference call with Enron’s Chief Financial Officer, Andrew Fastow.

During Merrill’s review process, Enron had repeatedly promised that the barges would be completed and ready for resale within six months, but the Committee wanted Mr. Fastow’s personal assurance on this point.

Despite these benign facts, a Houston jury convicted Mr. Bayly of criminal conspiracy. Anyone with more than passing familiarity with the case was not surprised — Houston was devastated by the Enron bankruptcy and, unfortunately, the Nigerian Barge trial was the first Enron-related criminal trial to be held there. By this time, many of the key people involved in Enron’s fall had already entered plea bargains — they would never see a courtroom or experience a trial. With none of the “major players” in sight, Mr. Bayly and a few other innocent bystanders were poised to bear the public’s wrath.

To make matters worse, Justice Department prosecutors made it practically impossible for Mr. Bayly’s lawyers to mount an effective defense. Although there were over fifty other Merrill Lynch and former Enron employees with knowledge about the Nigerian Barge deal (including numerous lawyers and other experts), all of those witnesses declined to testify during the trial because the prosecutors had named them as “unindicted co-conspirators.”

Inasmuch as the only difference between an indicted and non-indicted co-conspirator is government favor, the prosecutors used this tactic to scare these Merrill Lynch and Enron employees from coming forward and providing valuable, corroborative testimony for Mr. Bayly about the way banking deals operate, the limited role played by Mr. Bayly and the other defendants, and the deal itself.

As a result, the true story of Mr. Bayly’s involvement in the transaction was never told during the trial. Testimony about the transaction came from prosecution witnesses with second-hand information who had cut deals with the government.

In the end, perhaps the most troubling aspect of this case is that it is about a successful deal common in investment banking circles. Not suited to conventional financing, the barge deal was precisely the kind of transaction companies regularly bring to their investment banks. Merrill’s decision to purchase the barges was completely legitimate.

Similarly, Merrill’s subsequent sale of the completed barges six months to a partnership (set up by Enron for an entirely different set of investors) was appropriate. This sale, too, was thoroughly reviewed by numerous attorneys (including those who had blessed the original sale) prior to being approved (again, not by Mr. Bayly). It is noteworthy that the barges were then combined with other barges held by Enron and sold to a third party buyer, global power company AES Corp., that actually paid more than Merrill had received (proving that the barges were valuable).

In short, Mr. Bayly is in prison because of a highly profitable transaction that occasioned no loss to Enron or to its shareholders. Enron made money, its shareholders made money, the people of Nigeria obtained low price energy and, according to its financial reports, AES is making money (the barges are currently producing roughly $50mm/year).

In fact, the sole issue of the case turns on when Enron and its auditors reported the gain (the Justice Department contends that the gain should have been reported at the time of the sale to AES rather than six months earlier at the time of the Merrill purchase). Not even the prosecutors alleged that Mr. Bayly and his co-defendants controlled or even knew of Enron’s accounting choice.

What kind of justice is this?

Those of us who know Mr. Bayly have tried to help him. However, we are reluctant. We are warned that a single voice raised in his defense could provoke the Department of Justice lawyers to mete out more cruelty. When will their bloodlust be satiated?

These men did nothing more than assist a respected client. They followed every conceivable rule and procedure. Furthermore, they pose no threat to anyone — why could not they be free pending their appeals? As we onlookers cower, afraid to help these people, lest our efforts unleash new waves of wanton harassment against them, it’s damned hard to refer to their tormentors as “justice.”

Update: The Fifth Circuit Court of Appeals overturned the conviction of Mr. Bayly after Mr. Bayly had spend a year in prison.

15 thoughts on “The sad case of Daniel Bayly”