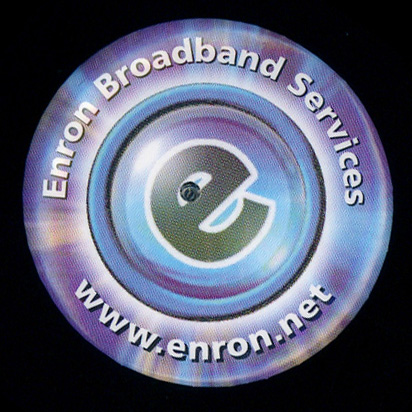 The sparks began to fly when the prosecution attempted during cross-examination to impeach Mr. Ciscon’s favorable testimony for the defendants that had been elicited during his direct examination. On cross, the prosecution had Mr. Ciscon confirm that prosecutors had advised him that he was a target of the Task Force’s ongoing criminal investigation, thereby implying that Mr. Ciscon was testifying in favor of the Broadband defendants to save his own skin.

On re-direct examination, Mr. Ciscon confirmed that prosecutors had recently made three telephone calls to his attorney to “remind” Mr. Ciscon that he remained a target of the Task Force’s criminal investigation.

Defense counsel then asked Mr. Ciscon whether he considered those calls to his attorney as a “warning” not to testify? Mr. Ciscon replied that he did not consider the calls as merely a warning, but a “threat” by the Task Force prosecutors.

Judge Gilmore — who favored the prosecution during the early stages of the trial, but appears to be warming to the defense recently — quickly denied the prosecution’s request and pointed out that the government had waived any objection to Mr. Ciscon’s testimony on the subject. The jurors watched the entire episode with rapt attention.

As noted in this previous post, the Task Force used the same tactic effectively during the trial of the Nigerian Barge case to suppress the testimony of dozens of former Enron employees who would have likely contradicted the testimony of Ben Glisan, the prosecution’s main witness in that trial.

Thus, in a trial that looked like a tap-in for the prosecution at the beginning, a feisty defense team appears to have the Enron Task Force prosecutors on their heels. Earlier in the trial, the prosecution was in a similar position when it allowed its key witness to testify falsely regarding a video shown to the jury and then compounded that mistake by attempting to blame the error on a clearly intimidated woman who previously provided video services for Enron.

Moreover, as this Mary Flood/Chronicle article reports, the prosecution’s case appears to be so weak against two of the Enron Broadband defendants that they and their counsel are practically being ignored at this point in the trial.

Alas, one can only speculate as to the effect that any of this has on the jury. Three of the Enron Broadband defendants still have to overcome the “elephant in the courtroom” — that is, the huge amount of money that they made from Enron stock sales during the period in which they were making their allegedly false public statements. That is no easy task under even the best of circumstances.

But regardless of the outcome of this trial, the Enron Task Force’s ugly tactic of effectively suppressing important testimony of witnesses favorable to Enron defendants has now been fully exposed.

As a result — and particularly in view of the Task Force’s ongoing effort to suppress virtually all testimony favorable for the defendants in its case against former Enron CEO Jeff Skilling and former Enron chairman Ken Lay — it is becoming clearer by the day that our government’s “Justice” Department is not interested in justice at all when it comes to prosecuting unpopular business executives.