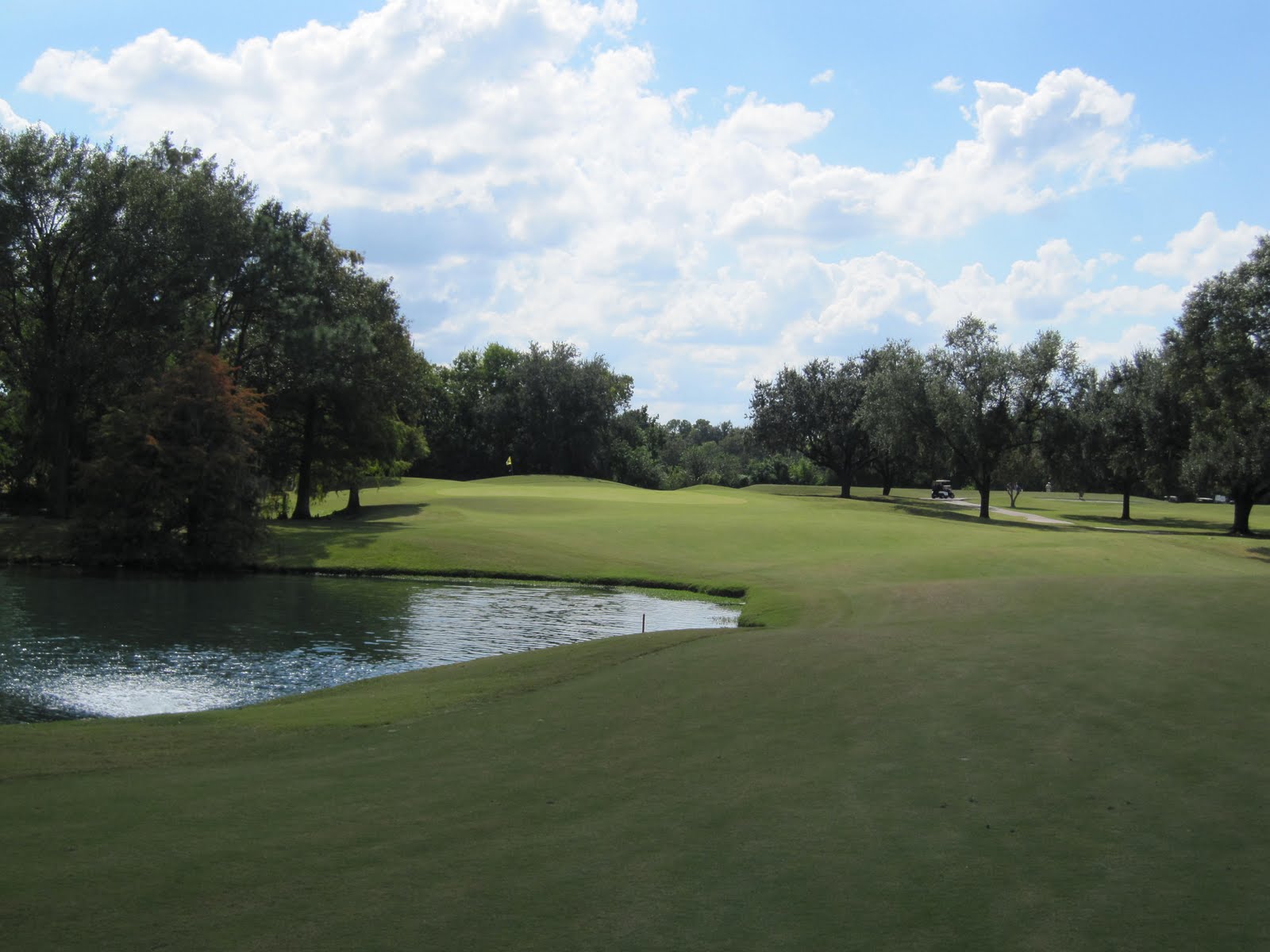 As the warm autumn days of southeast Texas give way to the cooler days of winter, I want to pass along some photos that I took earlier this fall of the Braeburn Country Club golf course, which is one of Houston’s oldest and most interesting tracts.

A group headed by Houston’s legendary PGA professional Jimmy Demaret developed Braeburn on what was then a suburban piece of property off of Bissonnet Road  in the the mid-1920’s. The group hired well-regarded architect John Brademus (Colonial in Ft. Worth; Memorial Golf Club in Houston) to design the course, which turned out to be a short but challengingly tight tract.

Unfortunately, as with many clubs developed during the Roaring 20’s, Braeburn fell on hard times after the stock market crash of 1929 and was sold at a foreclosure sale by the bank that had financed Demaret’s group. Jack Burke, Sr. – then the pro at Houston’s River Oaks Country Club – formed another group that purchased the golf course from the bank in the early 1930’s.

But the defining moment for Braeburn came almost 60 years after its creation when the club entered into a creative deal with the Harris County Flood Control District in which the district allowed the club to use almost $2.5 million in funds earmarked for flood control to renovate the course in a manner that transformed it into a flood runoff area for a nearby bayou during periods of heavy rains.

The club hired the late Carlton Gipson to oversee the renovation of the course and the result was a masterpiece that ranks among Gipson’s best. Gipson had his crew move over 300,000 cubic feet of dirt in creating the flood retention areas and, in so doing, transformed what had previously been a flat-land Houston course into one that has numerous elevation changes that are rarely seen on Houston-area golf courses.

So, say good-bye to autumn by taking a tour of Braeburn in the slideshow below or download an MP4 version of the slideshow here. Enjoy!