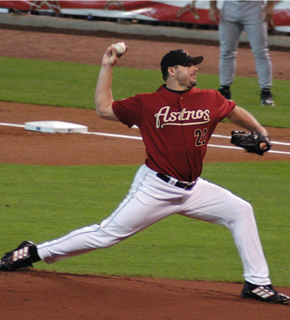 So, the seemingly inevitable indictment of Roger Clemens finally was issued yesterday.

Perjury is serious business and it remains to be seen how well Clemens will deal with the charges. Clemen’s legal strategy so far has certainly been at least questionable, if not downright bizarre.

But for all of Clemens’ unattractiveness, it’s difficult not to get the sense already that this is yet another colossal misuse use of prosecutorial resources (Bill Anderson agrees). In the glare of the spotlight of this high-profile prosecution, the more troubling issues involving the use of performance-enhancing drugs such as steroids are overlooked.

The mainstream media and much of the public will castigate Clemens — who is an easy target — just as they filleted Barry Bonds and Alex Rodriguez.

The dynamic is the same one that we saw in regard to the downfalls of both Tiger Woods and Ken Lay. We try in any way to avoid confronting our innate vulnerability, so we use myths to distract us. We rationalize that a wealthy athlete such as Clemens did bad things that we would never do if placed in the same position (yeah, right). As a result, Clemens supposedly deserves our scorn and ridicule. That a scapegoat such as Clemens comes across as arrogant and irresponsible makes the lynch mob even more bloodthirsty as it attempts to purge collectively that which is too shameful for us to confront individually.

Of course, much of that same mainstream media and public contribute to the pathologically competitive Major League Baseball culture. The MSM regularly caters to the public’s desire to idolize players who risk career-threatening disability by taking painkilling drugs so that they can play through injuries.

But players who used PED’s in an effort to strengthen their bodies to avoid or minimize the inevitable injuries of the physically-brutal MLB season are widely viewed as pariahs.

How does that make any sense?

Meanwhile, the fact that MLB players have been using PED’s for at least the past two generations to enhance their performance is largely ignored the mind-numbingly superficial analysis of the PED issue that is being trotted out by most media outlets. Sure, Barry Bonds hit quite a few home runs during a time in which he was apparently using PED’s. But should Pete Rose be denied the MLB record for breaking Ty Cobb’s total base hits record because he used performance-enhancing amphetamines throughout his MLB career?

These witch hunts, investigations, criminal indictments, morality plays and public shaming episodes are not advancing a dispassionate and reasoned debate regarding the complex issues that are at the heart of the use of PED’s in baseball and other sports. On a very basic level, it is not even clear that the controlled use of PED’s to enhance athletic performance is as dangerous to health as many of the sports in which the users compete.

Wouldn’t a public discussion on how to construct a reasonable regulatory system for the safe and healthy use of PED’s be a more productive use of resources than criminalizing Roger Clemens?