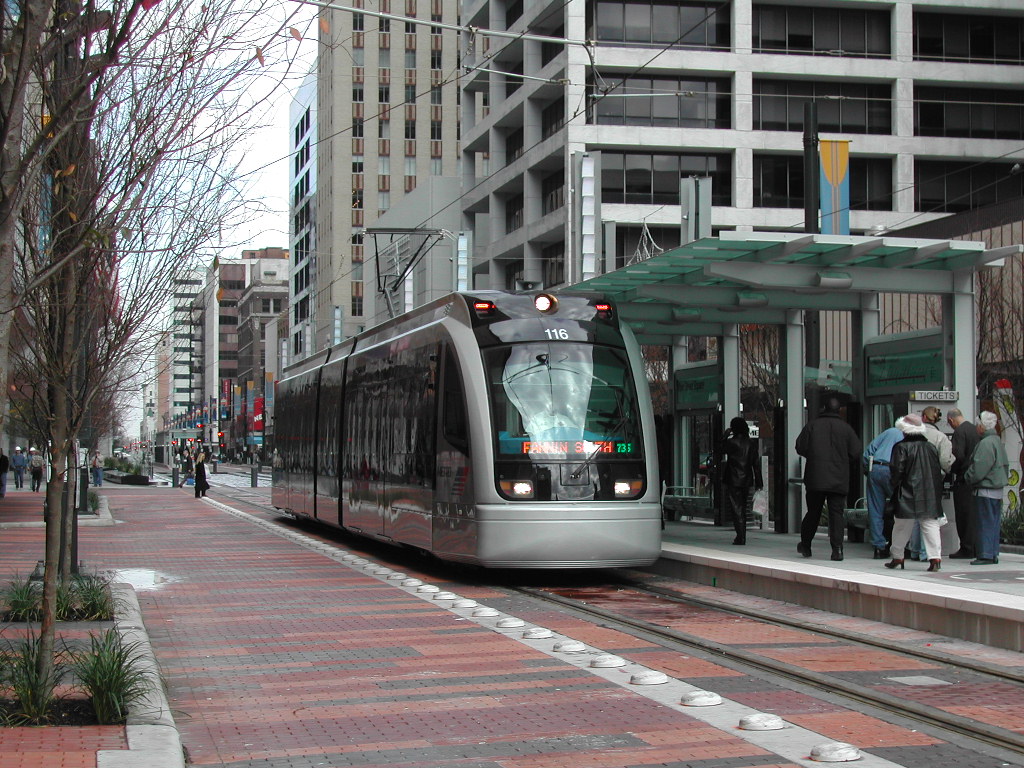 The Metropolitan Transit Authority has been in the news recently mostly because of a good, old-fashioned document-shredding scandal and yet another spectacular crash.

But the more important issue facing Houstonians is that Metro is preparing to force large swaths of the community — including the key Uptown area near the Galleria — to incur the enormous cost of enduring construction of its inefficient and impractical rail lines.

Bill King has spent a considerable amount of his time over the past several years studying Metro and Houstonís transit problems. In this devastating post, King finds that Metro is close to barreling completely out of any semblance of fiscal control:

There could hardly be a more fitting image for the close of the current Metro administration than the recent photographs for a wrecked Metro buses in front of Metro’s headquarters after having been broad-sided by Metro’s Main Street light rail.

The last six years are likely to be remembered as the most ruinous time for public transportation in Houston’s history as Metro has pursued a single-minded obsession to build its version of an at-grade rail system regardless of the cost, both in financial terms and in the degradation of the bus system on which over 100,000 Houstonians rely daily.

Fortunately, Mayor Parker has ordered top-to-bottom review of the agency. Here is what that review is likely to find.

Decline in Ridership. Since 2004, Houston population has grown by over 10% from just over 2 million to 2.25 million. At the same time gas prices rose 47% from $1.81 per gallon to $2.67 per gallon. These two factors should have virtually guaranteed an increase in transit.

However, exactly the opposite has occurred as bus boardings dropped almost 24% from 88 million in 2004 to 67 million in 2009. Instead of increasing bus service by 50% as it promised the voters in the 2003 referendum, Metro has slashed bus routes and increased fares by over 50%.

Financial Disaster. Since 2003, Metro’s sales tax revenues have increased by 43%, rising from $357 million to $512 million. At the same time, its fare revenue increased by 41% from $42 million to $60 million by charging an ever dwindling ridership more.

Yet, Metro is in the worst financial shape in recent history. At year end 2003 Metro’s current assets exceeded its current liabilities by $125 million. The budget just adopted by the Metro board projects that it will have current accounts deficit of $165 million by the end of this fiscal year, a stunning loss of nearly $300 million in just five years.

Over the same period, Metro’s debt has swelled by nearly 50% from $546 million to $816 million. [.  .  .] In the meantime, the cost of the [Metro’s Light Rail Transit lines] has risen from the $1.2 billion originally estimated to something well in excess of $3 billion.

Metro is seeking to borrow $2.6 billion to build the LRT, over four times what it promised the voters would be the limit in the 2003 referendum.

Originally, Metro assured voters that it could build the LRT without tapping the mobility payments that are so critical to the Houston and the other member cities. Metro’s projections now show that it can only afford the LRT if those payments are terminated in 2014. [.  .  .]

In 2003, after a spirited public debate, this community approved, by a narrow margin, a consensus plan to enhance public transportation with a multi-modal approach. Part of that bargain was a limited experiment with a light rail system. The voters specifically limited the resources that Metro could devote to the light rail for fear that the cost might undermine the solid, dependable bus service that existed at that time. Metro’s leadership has shredded that contract with the voters in favor of its own grandiose vision of transit that has little to do actually solving Houston’s mobility problems. In the meantime, traffic congestion continues to get worse and working families that rely on public transportation to get their jobs everyday find riding Metro a more difficult and more expensive proposition.

Read King’s entire post. Metro’s defenders typically rely on the 2003 referendum as the primary basis for their continued support of such wasteful spending. But the problem with such referendums is that they ask voters to approve large public ventures such as Metro in a vacuum while ignoring Peter Gordon’s three elegantly simple questions regarding economic choices:

Moreover, let’s assume that voters were informed that the expenditure of a billion or so of public money on expanding a lightly-used light rail system has real consequences, such as leaving inadequate funds to make improvements to Houston’s infrastructure that would dramatically decrease the risk of death and property damage from flooding. Or whether the billion or so being flushed down the light rail drain would be better used to fix various area traffic “hotspots” where accidents or bottlenecks occur with high frequency.

No one knows for sure, but my bet is that voting results would be dramatically different if the foregoing costs and alternatives were included as a part of the referendum.

Unfortunately, the relatively small groups that benefit from these urban boondoggles have a vested interest in keeping that threshold issue from ever being re-examined. The economic benefit of light rail is highly concentrated in only a few interest groups, such as political representatives of minority communities who tout the political accomplishment of shiny toy rail lines while ignoring their constituents need for more effective mass transit; environmental groups striving for political influence; construction-related firms that feed at the trough of Metro’s poor investment decisions; and private real estate developers who enrich themselves through the increase in their property values along the rail line.

As Professor Gordon wryly-noted in another post: “It adds up to a winning coalition.”

Unfortunately, once such coalitions are successful in establishing a governmental policy subsidizing such boondoggles, it is much more difficult to end the public subsidy of the boondoggle than to start it in the first place.

None of these above-stated reasons for mass transit appeal to the vast majority of the electorate, so this amalgamation of interest groups continues to disguise their true interests behind amorphous claims that the uneconomic rail lines reduce traffic congestion (they do not), curb air pollution (they do not), or improve the quality of life (at least debatable).

How do these interest groups get away with this? The costs of such systems are widely dispersed among the local population of an area such as Houston, so the many who stand to lose will lose only a little while the few who stand to gain will gain a lot.

As a result, these small interest groups recognize that it is usually not worth the relatively small cost per taxpayer for most citizens to spend any substantial amount of time or money lobbying or simply taking the time to vote against an uneconomic rail system.

Metro’s rail system is a bad virus that has infected Houston. The cost of treating this civic virus is growing larger each month. Without immediate re-examination of Metro’s light rail plan, the increasing costs of this plan risk turning this currently manageable problem into a major civic fiscal crisis that could negatively affect the Houston area’s growth and prosperity.

As Bill King exhibits, real leadership involves recognizing that risk and addressing it, not indulging it.

5 thoughts on “The Metro Train Wreck”