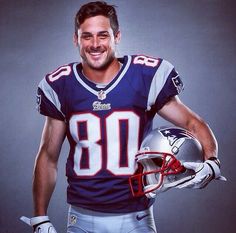 Although I normally eschew the NFL pre-season, this year’s pre-season has captured my interest more than usual because of a friend’s effort to make the roster of one of the NFL’s best teams. Monitoring his efforts has reminded me of just how incredibly talented the athletes are in the NFL.

Danny Amendola, a former star receiver at The Woodlands High School and for the Texas Tech Red Raiders, has been a rookie free-agent trying to make the Dallas Cowboys 53-man roster during this pre-season. He has had a good camp (including making a nice reception in the pre-season game against the Texans), but he was released this past week in the Cowboys’ final cut down to 53 players.

However, after cutting Amendola, the Cowboys re-signed him a day later to their practice squad after no other NFL team elected to assume his free-agent contract. Inasmuch as a couple of the Cowboys’ receivers who made the final roster are dealing with minor injuries, Amendola has a good chance of being activated off of the practice squad for the Cowboys opener this week against this Browns at Cleveland.

For several years, I coached Amendola in both youth baseball and basketball here in The Woodlands. I used to kid Danny’s father, who is a long-time Houston area high school football coach, that at least I didn’t screw up his son’s football career.

Amendola was the best athlete that I coached in youth sports — strong, fast, quick, graceful, relentless and extremely coachable. There is no doubt in my mind that he could have also played both baseball and basketball at the major college level if he had chosen to develop his skills in those sports, and I believe that he could have played baseball professionally, too.

Yet, this extraordinary athlete is not yet good enough to make a final 53-man NFL roster. Frankly, it’s mind-boggling to me that there are roughly 150 or so WR’s in the NFL who are better than Danny Amendola.

My sense is that there are not that many WR’s better than Danny, that his failure to make a final NFL roster is one of the oversights that NFL teams make each season on the margins of the talent pool, and that Danny will eventually be a key contributor to an NFL team. But that someone with Danny’s remarkable athletic ability is on that margin reflects the extraordinary talent that it takes to make it in the NFL.

Amendola’s story in attempting to make the Cowboys this pre-season has been a big part of the HBO series Hard Knocks, so he has become somewhat of a television star in addition to being a local sports celebrity. Here is the part of the final segment in which Amendola elects to accept the Cowboys’ offer to play on their practice squad. His good fortune couldn’t happen to a nicer fellow.

3 thoughts on “The difficulty of making it in the NFL”