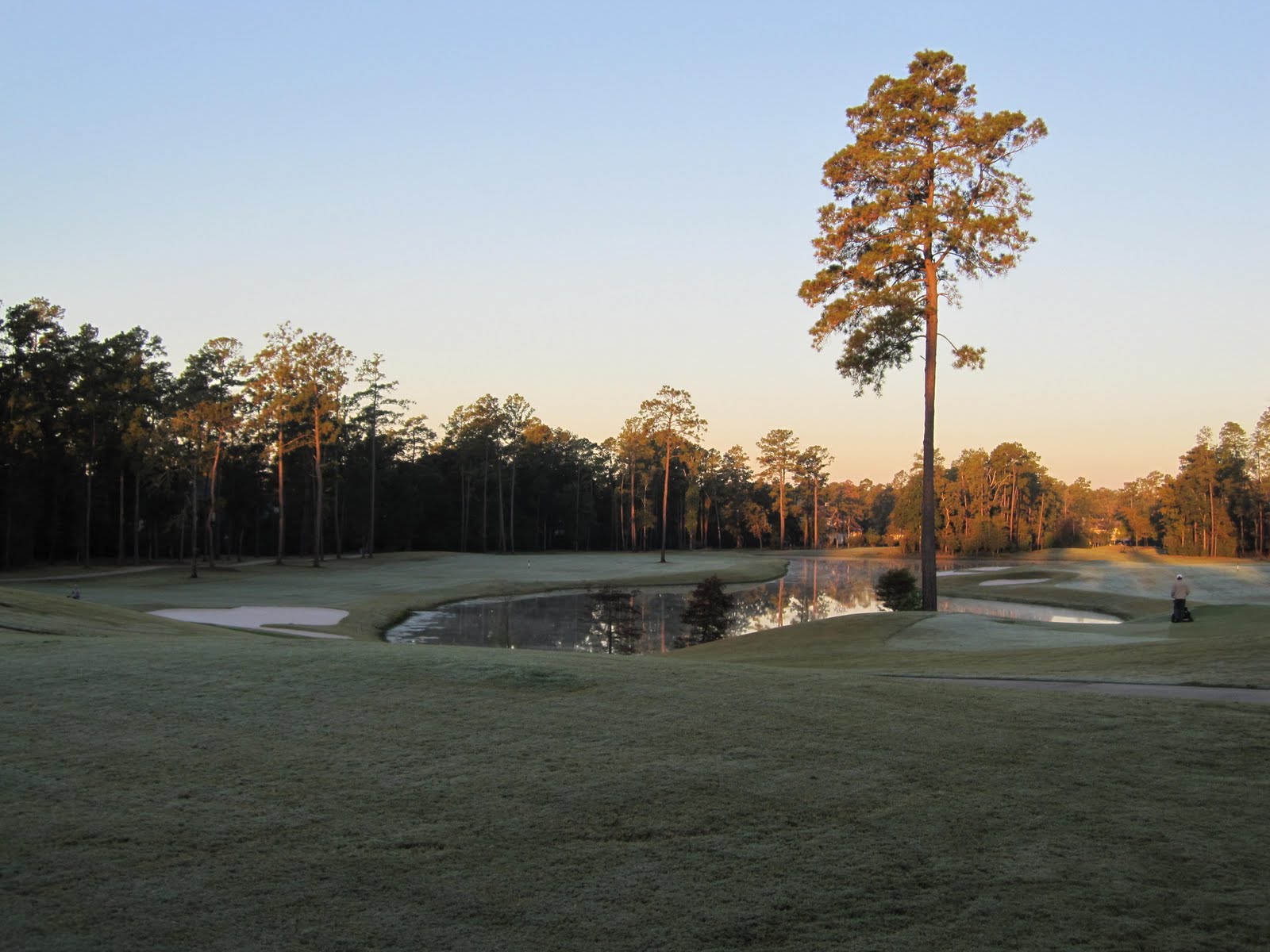 It’s been awhile since I’ve posted a review of one of Houston’s largely underappreciated large number of fine golf courses. So, I’m going to pass along a couple more during this holiday season, the first of which is The Player Course here in my hometown of The Woodlands, Texas.
The Player Course is one of the newest of the seven golf courses that wind through The Woodlands, the bustling planned community/golf haven of about 85,000 people located 30 miles north of downtown Houston. The Player Course is named after PGA Tour great Gary Player, who designed the course as a part of The Woodlands’ effort to have one local golf course designed by each of the former Big Three of the PGA Tour — Player, Arnold Palmer (The Palmer Course at The Woodlands, opened in 1991) and Jack Nicklaus (The Nicklaus Course at Carlton Woods, opened in 2001). When Player completed the Player Course in 2002, The Woodlands was the only community in the U.S. that had a golf course designed by each of the Big Three. It may still be the only one.
Player was the third of the Big Three to design a course in The Woodlands and his legendary competitive nature drove him to produce a real gem. Located in the western part of The Woodlands, the terrain produced a golf course with gently rolling, tree-lined fairways, numerous lakes and wetland areas, natural grass backdrops and deep bunkers. As with the other courses in The Woodlands, The Player Course is quite enjoyable to walk while playing.
The course is not easy. Although a very good course overall, I think that Player went overboard on about five green complexes that ratchet up the difficulty of the course unnecessarily. The course can be stretched to over 7,200 yards from the tips, but Player also installed a variety of tees that allow for less lengthy alternatives all the way down to 6,200 yards. The Slope rating from the back tees is 151, which is one of the highest in the Houston area and in the state. By way of comparison, the Slope rating from the back tees of the Golf Club of Houston course — where the Shell Houston Open PGA Tour event is played — is 138. As a result, The Player Course has already hosted several U.S. Open qualifiers and top amateur tournaments during its 4 1/2 year existence. Although still quite young, The Player Course is clearly one of the top 15 courses in the Houston area.
The pictures below are from a round that my brother Bud and I played at the Player Course this past September. We played from the green tees, which were at about 6,700 yards that day (140 Slope rating). Take a moment and enjoy a quick trip through The Player Course at The Woodlands.