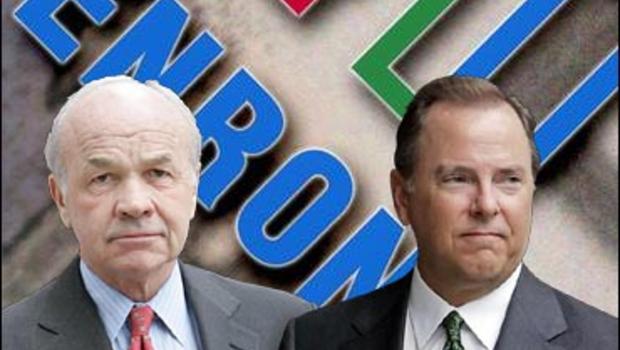 Although the key presumption in the criminal trial of former key Enron executives Ken Lay and Jeff Skilling is supposed to be that the men are innocent of the charges levied against them, a far different presumption is turning out to be the key one in the trial.

The Enron Task Force’s case against Lay and Skilling heavily relies on an unstated presumption — that Lay and Skilling are rich and Enron collapsed, so they must be guilty of something in connection with Enron’s descent into bankruptcy. Although the presumption is superficially appealing because of the human instinct to find scapegoats for failure, it is insidious because it is not true.

Yesterday, during his initial direct examination, Lay challenged that presumption by testifying that Enron’s meltdown was the result of an unfortunate series of events that coalesced in undermining the market’s trust in the company.

As regular readers of this blog know, I have studied the Enron case and come to much the same conclusion as Lay. Enron was a “trust-based” business — that is, Enron’s business model required that its customers rely on the company’s financial integrity and not necessarily its net worth. Accordingly, when customer confidence in a company such as Enron is undermined, participants in that company’s markets become less willing to engage in the purchase or sale of long-term contracts that might not be fulfilled.

A typical reaction of the media reporters covering the Lay-Skilling trial have labeled the “run on the bank” explanation of what happened to Enron as audacious, but it’s really not. Although the bankruptcy of a company as large Enron is unusual, Enronesque experiences for even the largest trust-based companies are not. In fact, over the past couple of years, two of the largest companies in the U.S. — American International Group and General Motors — each have had their own Enronesque experience. AIG survived its Enronesque experience; it remains to be seen whether GM will.

Although AIG and GM are trust-based businesses, they are different companies than Enron was, and the market forces that AIG faced and that GM continues to face are different — and in many ways, more favorable — than the dicey market conditions that Enron confronted after the September 11 attacks in 2001.

However, the point remains that, if any trust-based company loses the trust of the market, then the same thing that happened to Enron could happen to any such company, and such a breach of trust is not necessarily the result of the criminal wrongdoing of its leaders.

That’s an important point to remember as the Enron Task Force continues to rely on its dubious presumption to prop up a fundamentally weak and flawed case in attempting to place Lay and Skilling in prison for most of the remainder of their lives.

13 thoughts on “The Real Presumption in the Lay-Skilling case”