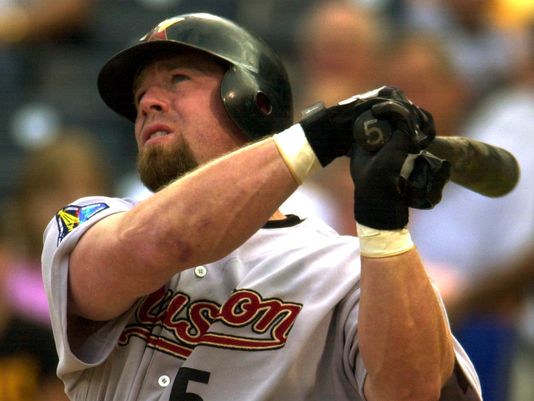 In a last ditch effort to salvage another season or two of his career, longtime Stros 1B Jeff Bagwell has decided to undergo surgery on the arthritic right shoulder that has been deteriorating over the past several years.

Bags’ move to the disabled list and this surgery are probably both necessary steps toward the Stros working out a settlement with the disability insurer on Bags’ contract. Such a settlement would assist the Stros financially in paying off the balance of the $39 million or so that the club owes Bags over the remaining two years of his contract. My bet is that Bags will not be able to regain enough strength in his surgically repaired shoulder to withstand the rigors of playing Major League Baseball.

Bags’ impending retirement has generated an gratingly stupid discussion in the mainstream media about whether Bags should be elected to the Baseball Hall of Fame. On both talk radio and in the print media, supposed “experts” (with the notable exception of Charlie Pallilo) opine almost daily as to the pros and cons of whether Bags should be elected. In many respects, the discussion reflects the truth of what Bill James examined in his book about the Hall, Whatever Happened to the Hall of Fame — that is, that election to the Hall is largely an arbitrary political process that has little to do with a player’s performance during his baseball career.

In short, Bags should be elected to the Hall of Fame on the first ballot, and it is not even a close call. For his career, Bagwell has an incredible 680 RCAA (RCAA explained here) in 2,135 games (meaning that he has created 680 more runs than an average National League hitter would have created in those games), a .297 batting average, a gaudy .408 on-base percentage (to put that in perspective, an average National League hitter had about a .340 OBP last season), a slugging percentage of .541, and a monstrous .949 career OPS (on-base percentage + slugging percentage) compared to the league average OPS during Bagwell’s career of .763!

In addition to the foregoing, Bagwell holds the modern NL record for career RCAA by a 1B:

Indeed, Bags’ running mate — Craig Biggio — has “only” a .810 career OPS (compared to his league average of .756) and 357 RCAA in 2447 games. The fact that Bidg should be a surefire Hall of Famer underscores the fact that Bags should be, too.

And as if the foregoing stats were not enough, Bags was among the best defensive first basemen in the game until his shoulder injury robbed him of his throwing ability over the past several seasons, and he remains — despite average speed — one of the best and most instinctive baserunners in the game during his career.

Just to underscore the foregoing, Mr. James — who knows more about baseball in his pinky than most of us can comprehend — rates Bags as the fourth best firstbaseman of all-time in his New Bill James Historical Abstract, behind only Lou Gehrig, Jimmie Foxx, and Mark McGwire.

So, please. Whenever you hear someone take the ignorant position that Bags was not good enough to be in the Hall of Fame, please refer them to this post. Bags may not make it into the Hall because of arbitrary and capricious bias. However, such a non-selection would have nothing to do with his performance. He is truly one of baseball’s greats.