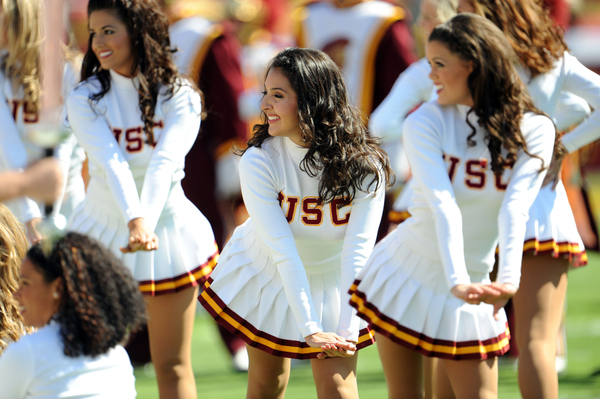 As I’ve noted many times over the years, big-time college football is an entertaining form of corruption, but corruption nonetheless.

Several recent articles reminded me of this corruption and the almost pathological obsession of the mainstream media to avoid addressing it, particularly during the highly entertaining football season.

First, there was this Joe Draper/NY Times article on how the highly valuable Big Ten Network is changing the financial landscape of college sports.

Not once is it mentioned in the article that the people who are actually creating most of that value – i.e., the young athletes – are forced to compete under a system of highly-restricted compensation while some bastions of higher learning profit from the value that they create.

In their honest moments, how do the academics rationalize that sort of exploitation, particularly when much of it involves undereducated, young black men?

Meanwhile, this breathless Pete Thamel/NY Times article reports on how the regulator of this corruption – the NCAA – is really cracking down now on coaches who have the audacity of attempting to provide to the athletes a pittance of the compensation that the bastions of higher education are preventing them from receiving. Not once in the article is it mentioned that the system is exploiting these athletes for the benefit of the NCAA and its member institutions.

Finally, this William Winslade-Daniel Goldberg/Houston Chronicle op-ed thoughtfully points out the ethical issues that arise as a result of exposing young athletes to serious and often undisclosed risk of injury and loss of potential future compensation.

So, what is it about football that generates such cognitive dissonance when young professional athletes in other sports such as golf, tennis, and baseball are not subjected to such arbitrary restrictions in compensation?

Are we concerned that the sacred traditions of college football might change if the current system is altered to compensate the young athletes fairly for the risks that they take and the wealth they create? Are those traditions truly worth the perpetuation of such a parasitic system?

There is nothing inherently wrong with universities being involved in the promotion of professional minor league football if university leaders conclude that that such an investment is good for the promotion of the school and the academic environment.

But do so honestly. Allow the players who create wealth for the university to be paid directly. If they so desire, universities could establish farm team agreements with NFL teams and cut out the hypocritical incentives that are built into the current system.

Not only would such a system be fairer for the players who take substantial risk of injury in creating wealth for the universities, it would obviate the compromising of academic integrity that universities commonly endure under the current system.

So, why are the leaders of our institutions of higher learning not leading the way toward a fairer system?

Perhaps the problem is that they are really not leaders at all?

7 thoughts on “An Entertaining Form of Corruption”