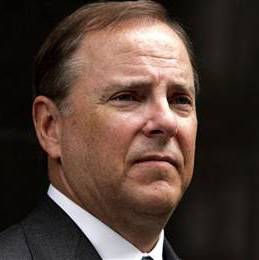 The Supreme Court also reversed Conrad Black’s conviction on the same issue, as well as Bruce Weyhrauch’s. Lyle Dennison has this excellent summary of the Court’s opinion, while Stephen Bainbridge provides his usual spot-on analysis of the opinion from a public policy standpoint.

Interestingly, most of the 114 page opinion deals with an issue on which the Court ruled against Skilling – i.e., that the trial should have been moved out of Houston because inflammatory media coverage made it impossible for Skilling to receive a fair trial.

Nonetheless, the Court’s opinion was a resounding victory for Skilling, as all nine justices agreed that Skilling did not commit honest services wire fraud. The only difference is that Justices Scalia, Thomas and Kennedy would have struck down Section 1346 entirely, while the majority simply restricted it’s application to bribery and kickback cases.

The Court remanded the case to the Fifth Circuit Court of Appeals for further disposition consistent with the Court’s opinion, primarily to determine whether the Skilling’s conviction on the honest services wire fraud charge should lead to a reversal of most or all of the other counts of his conviction.

As the Court notes in footnote 47 on page 50, the Fifth Circuit has already indicated that Skilling’s conviction should be set aside in its entirety if any of its three bases (honest services wire fraud, money-or-property wire fraud, or securities fraud) is reversed, but the Supreme Court ordered the Fifth Circuit to review that issue again.

In view of the fact that the Enron Task Force prosecution heavily relied on the honest services wire fraud charge in presenting its case to the jury against Skilling, my sense is that the Skilling team has the decidedly better argument that the prosecution’s mistake in prosecuting him on that charge was not harmless error and that most or all of the rest of his conviction must be reversed.

Moreover, even though a majority of the Court ruled against Skilling on the issue of whether the trial court erred in not moving the trial away from Houston, Justice Sotomayor’s lively dissent on that issue is the best part of the decision.

Justice Sotomayor — who is the most experienced trial judge on the Supreme Court at this time — is clearly appalled at the trial court’s screening of prospective jurors in the face of the overwhelmingly adverse media treatment of Skilling. Here are a few snippets [all citations to the record deleted]:

In concluding that the voir dire “adequately detect[ed]and defuse[d] juror bias,” the Court downplays the extent of the community’s antipathy toward Skilling and exaggerates the rigor of the jury selection process. The devastating impact of Enron’s collapse and the relentless media coverage demanded exceptional care on the part of the District Court to ensure the seating of an impartial jury.

While the procedures employed by the District Court might have been adequate in the typical high profile case, they did not suffice in the extraordinary circumstances of this case to safeguard Skilling’s constitutional right to a fair trial before an impartial jury.[ .  .  .]These deficiencies in the form and content of the voir dire questions contributed to a deeper problem: The District Court failed to make a sufficiently critical assessment of prospective jurors’ assurances of impartiality.

Although the Court insists otherwise, ante, at 26, the voir dire transcript indicates that the District Court essentially took jurors at their word when they promised to be fair. Indeed, the court declined to dismiss for cause any prospective juror who ultimately gave a clear assurance of impartiality, no matter how much equivocation preceded it.

Juror 29, for instance, wrote on her questionnaire that Skilling was “not an honest man.” During questioning, she acknowledged having previously thought the defendants were guilty, and she disclosed that she lost $50,000 – $60,000 in her 401(k) as a result of Enron’s collapse. But she ultimately agreed that she would be able to presume innocence.

Noting that she “blame[d] Enron for the loss of her money” and appeared to have “unshakeable bias,” Skilling’s counsel challenged her for cause. The court, however, declined to remove her, stating that “she answered candidly she’s going to have an open mind now” and “agree[ing] with the Government’s assertion that we have to take her at her word.”

As this Court has made plain, jurors’ assurances of impartiality simply are not entitled to this sort of talismanic significance.   .   .  [.  .  .]Indeed, the District Court’s anemic questioning did little to dispel similar doubts about the impartiality of numerous other seated jurors and alternates. In my estimation, more than half of those seated made written and oral comments suggesting active antipathy toward the defendants. The majority thus misses the mark when it asserts that “Skilling’s seated jurors . . . exhibited nothing like the display of bias shown in Irvin.”Juror 10, for instance, reported on his written questionnaire that he knew several co-workers who owned Enron stock; that he personally may have owned Enron stock through a mutual fund; that he heard and read about the Enron cases from the “Houston Chronicle, all three Houston news channels, Fox news, talking with friends [and] co-workers, [and]Texas Lawyer Magazine”; that he believed Enron’s collapse “was due to greed and mismanagement”; that “[i]f[Lay] did not know what was going on in his company, he was really a poor manager/leader”; and that the defendants were “suspect.”

During questioning, he said he “th[ought]” he could presume innocence and “believe[d]” he could put the Government to its proof, but he also acknowledged that he might have “some hesitancy” in telling people the government didn’t prove its case.[Footnote 21] The majority also notes that about two-thirds of the seated jurors and alternates (11 of 16) had no personal Enron connection. This means, of course, that five of the seated jurors and alternates did have connections to friends or colleagues who had lost jobs or money as a result of Enron’s collapse — a fact that does not strike me as particularly reassuring.

Meanwhile, the government’s case against Skilling continues to look shaky in other respects. Largely overshadowed by the Supreme Court’s decision is the fact that the Fifth Circuit’s previous opinion invited Skilling to file a motion for new trial in the District Court based on issues of prosecutorial misconduct that Skilling raised after discovering the evidence after the trial.

Specifically, the Fifth Circuit was particularly concerned about the failure of the Enron Task Force to comply with federal rules requiring the disclosure of exculpatory evidence to the defense from the Task Force’s pre-trial interviews with main Skilling accuser and admitted felon, former Enron CFO Andrew Fastow.

Fastow testified at trial that he told Skilling about the Global Galactic agreement, which purportedly documented a series of illegal “side deals” between Fastow and former Enron chief accountant Richard Causey that guaranteed Fastow would not lose money on certain special purpose entities that he was managing. Skilling denied any knowledge of the purported agreement.

After Skilling’s conviction, the Skilling defense team discovered the existence of Fastow interview notes that the Enron Task Force had failed to disclose to the Skilling team prior to trial. Among other things, those notes revealed that Fastow had told the Task Force lawyers that he didn’t think he had told Skilling about the Global Galactic agreement. The Fifth Circuit characterized the Task Force’s non-disclosure as “troubling” in inviting Skilling to file a motion for new trial with the District Court.

So, despite his resounding Supreme Court victory, Skilling’s legal battles are not over. But slowly the truth about Enron and Skilling’s role there is emerging from the cloud of prejudice under which he was tried, both in court and in the mainstream media.

The truth about Enron is that no massive conspiracy existed. In reality, Skilling and the late Ken Lay were not intending to mislead anyone and that the company was simply a highly-leveraged, trust-based business with a relatively low credit rating and a booming trading operation.

Although there is nothing inherently wrong with such a business model, it turned out it to be the wrong one to survive amidst choppy post-bubble, post-9/11 conditions when the markets were spooked by revelations of the alleged embezzlement of millions of dollars by Fastow and a few of his minions.

That Jeff Skilling did not predict that Enron would fail under those conditions does not make him a criminal. Unlike his main accusers Fastow and Ben Glisan, Skilling didn’t embezzle a dime from Enron. Did he tirelessly advocate this highly-leveraged but innovative company that was dealing with difficult market conditions during 2001? You bet. But since when is it a crime for a CEO to be optimistic — even overly-optimistic — about his company?

Beyond the shattered lives and families, the real tragedy here is that the mainstream media’s demonization of Skilling has distracted us from examining the tougher issues of what really caused Enron’s demise and understanding the how such a company can be structured to survive in even the worst market conditions. It’s a lot easier just to throw a good and decent man such as Jeff Skilling in jail and simply conclude that it was all his fault. But examining objectively what really occurred at Enron is far more likely to result in real justice.

Who knows? Such an approach might have even prepared us better to deal with this.

8 thoughts on “Skilling wins at the Supreme Court”