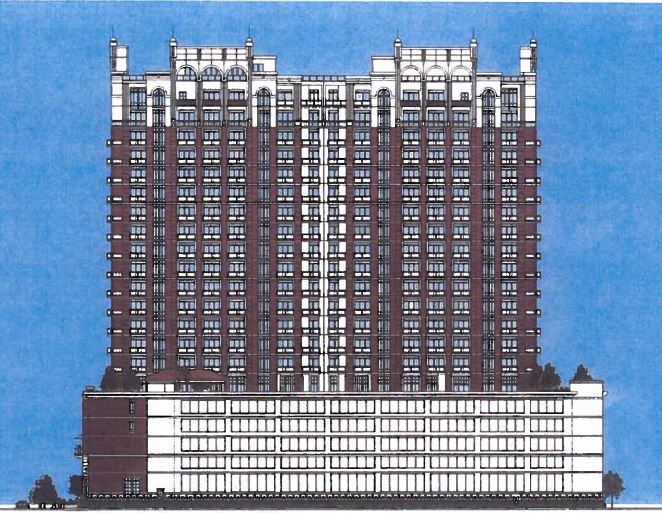 One fringe benefit of economic downturns is that local public officials generally defer their financial decisions, which tend to be uniformly bad even during good economic times.

Except apparently in Houston.

Over the past few days, Houstonians have been bombarded with a flurry of bad decisions by their public officials, who seem undeterred by the growing consensus that the nation is going through the worst economic recession since the Great Depression of the 1930’s.

First, as Kevin Whited notes, the City of Houston publicly announced this past Friday that it had removed the final local regulatory roadblocks to the construction of the long-delayed Ashby high-rise condominium project in a tony residential subdivision near the Texas Medical Center. In so doing, the City forgot to tell the news to the most interested people, namely the owners of the property where the project is to be built.

At any rate, the City’s announcement ended an egregious example of local governmental interference with productive development of private property. Of course, in the present climate for financing high-rise condos, the chances of the owners being able to revive the project any time soon are about as good as the Stros’ chances of leaping into World Series contention.

Thus, rather than having dozens of wealthy condo owners paying substantial amounts of property taxes and for other City services, the City continues to enjoy the “benefit” of a run-down apartment complex on the property where the Ashby high-rise was to be built.

So, not only did the City fail to take advantage of the opportunity to increase its tax base through re-development of the Ashby high-rise site, it benefited the owners of the site by deterring them from taking the financial risk that would have generated that financial boon to the City.

Now, that type of government mismanagement really takes some effort.

Meanwhile, as if trying to one-up the City’s bungling of the Ashby high-rise deal, local governmental officials were reported on Monday to be on the “home stretch” of putting together a financing package for construction of a new downtown soccer stadium, a new jail facility and the redevelopment of the Astrodome.

I mean, really. Where to start?

As noted many times, the City has already paid millions at a top-of-the-market price for the site of the proposed soccer stadium while at least maintaining that it’s up to the owners of the Dynamo soccer club to put together the private financing for the construction of the stadium itself.

Now, the City is going to finance the construction of the soccer stadium itself through selling TIRZ bonds? When did the prior approach change? Did I miss something?

Similarly, there’s not much left to say about the City and the County governments’ reprehensible handing of the Harris County and City jails, both of which have both been condemned by the Department of Justice because of their horrific condition and mismanagement (the latest on the City jail conditions is here).

It’s clear that the true problem of the existing jails is a combination of underfunding and needless overcrowding from sloppy processing of prisoners who do not need to be incarcerated pending their trial. So, what do local governmental officials do? Wait until the conditions become so barbaric that all they can do is throw tens of millions of dollars (perhaps illegally?) at constructing yet another jail facility in an attempt to placate federal officials.

But both the proposed soccer stadium and jail facility pale in comparison to the potential boondoggle that is the Astrodome redevelopment project.

After years of assuring local citizens that they would not be called upon to pick up the financing of redeveloping the Dome, local governmental officials are now proposing that the citizens do just that.

And as if to make that change of policy even more galling, the governmental officials who leaked the information on the financing plans to the Chronicle did not even bother to spell out what the Dome is to be turned into as a result of the redevelopment.

So much for transparency, eh?

In the meantime, as City and County officials dither over the details of these proposed boondoggles, City officials continue to ignore this ticking financial time bomb (see also here) while wasting billions on yet another boondoggle, the spending on which swamps even the quarter of a billion proposed for the current round of boondoggles.

Frankly, it’s difficult to imagine how even the traditionally resilient Houston economy is going to withstand the dead weight of such pervasive financial mismanagement.