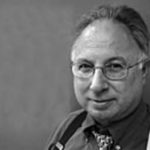 This has been a weekend of reflection for me as I contemplate the life of one of Houston’s finest teachers — Professor Ross M. Lence (previous post here) of the University of Houston — who died this past week.

Over a hundred former students, colleagues and friends gathered this past Thursday evening to laugh, cry and reminisce about Ross at the visitation, and then those friends and hundreds more gathered on Friday morning for the Requiem Mass for Ross at St. Anne Catholic Church. The mass was profoundly moving, with St. Anne’s soloist Kay Kahl providing beautiful singing and UH Honors College Dean Ted Estess — one of Ross’ best friends and closest colleagues — absolutely hitting the ball out of the park with a poignant eulogy that conveyed perfectly Ross’ extraordinary combination of teaching brilliance, humor and humanity.

A particularly nice touch of the services for Ross was his family’s decision to provide a copy of one of Ross’ essays to everyone who attended. The essay — entitled “On Teaching” — was written by Ross a decade or so ago while collecting his thoughts on teaching in connection with the effort of his former students and friends to raise the funds that eventually endowed the Ross M. Lence Distinguished Teaching Chair at the University of Houston.

Ross never published “On Teaching,” but by passing it along below, I hope that each teacher who happens upon this special essay will take a moment to read and reflect on it, and then use it as inspiration to provide the type of warm, thoughtful and rich mentoring to their students that is Ross Lence’s legacy to his:

I shall not shock anyone, but merely subject myself to good-natured ridicule, if I profess myself inclined to the old way of thinking that the primary concern of teaching and teachers is the student.

Teaching necessarily involves the highest forms of discovery, the awakening of the students’ minds and souls to the world of creativity and imagination. A good teacher challenges students to join in the continuous, meticulous, and solitary questions of the mind. I myself prefer important questions partially answered to unimportant questions fully answered.

Who could doubt that those students were blessed who witnessed the phenomenal mind of Enrico Fermi as he unleashed the power of the universe on that cold, winter day under the bleachers of Stagg Field at the University of Chicago? There, with only the assistance of a slide rule and his hands, Fermi managed to do what it now takes two computers to replicate: to produce man’s first nuclear reaction.

There, a great teacher, who in the tongue of his native Italy and understood by hardly anyone present, managed to convey to his peers the desperate need to insert the carbon rods into the nuclear mass, thereby saving not only themselves, but the city of Chicago.

No doubt everyone remembers the teacher who most influenced his or her thoughts, person, and soul. No one is perhaps more aware of the best teachers than teachers themselves. That person who most influenced my own thinking was the Sage of Goose Creek, Charles S. Hyneman, Indiana University’s Distinguished Service Professor and President of the American Political Science Association.

That man did for me something that few teachers have ever done for a student. In a desperate effort to teach this kid from the wilds of Montana about the American Regime, Charles Hyneman took me on a 15,000 mile, 5-year trip across America, where he introduced me to every site where an Indian had died, every sausage factory in American and even Alvin, Texas, home of Nolan Ryan.

Today I attempt to lead my students on such a journey of the mind. Some days are good; some days are not so good. But every day I remind myself that teaching is like missionary work, and that I am the messenger, not the message. I constantly strive to bring others to see the excitement, as well as the limits, offered by the life of the mind. I encourage all students to be bold in their thoughts, moderate in their actions, and courageous in their pursuit of truth, wherever it is and however it can be known.

As I now come to my own golden age, I often think of my teacher. Of his incredible kindness, his depth of soul, and the power of his imagination. My real hope is that I, too, will be remembered by those who come after me with the same fondness.

This, then, is my philosophy of teaching: teachers love their own teachers, and they are loved in turn.