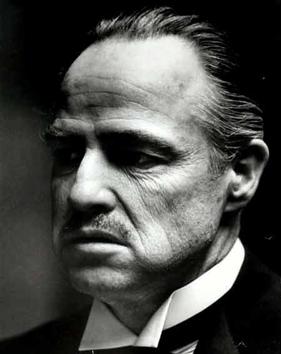 hen Don Corleone wanted to intimidate someone, he would “make them an offer that they could not refuse.”

Taking a page from the Don’s book, when the Enron Task Force wants to intimidate a favorable defense witness from testifying in an Enron-related criminal case, the Task Force simply “informs” the witness that he or she is a co-conspirator with an Enron criminal defendant and might be indicted if they assist the defense of that defendant.

That’s certainly the impression one gets from this Mary Flood/Houston Chronicle article that reports on the Task Force’s response to the earlier motion of former key Enron executives Kenneth Lay, Jeff Skilling, and Richard Causey to dismiss the criminal case against them because of the Task Force’s misconduct in intimidating prospective defense witnesses.

The Task Force apparently gave a copy of its response to Ms. Flood before they filed it on the electronic docket of the case, so a copy of the pleading is not yet available to the general public. I will post a copy when it becomes available.

According to Ms. Flood’s review of the Task Force’s response, the Task Force concentrates on the fact that the defendants’ motion relies to a substantial degree on hearsay statements of attorneys who are representing the prospective defense witnesses who the Task Force has threatened.

Of course, the fact that the lawyers for intimidated witnesses will only disclose such threats on a confidential basis is not particularly surprising, given the risk of Task Force retribution if the lawyers were to implicate their clients publicly.

Ms. Flood’s article does note additional information about a documented incident of intimidation that was referred to in the Lay-Skilling-Causey motion, but much of the information was redacted in the motion.

The incident referred to in the Lay-Skilling-Causey motion involved an email from a Task Force prosecutor to a defense attorney for a cooperating government witness in one of the Enron cases that told the lawyer for the cooperating witness to direct his co-counsel to stop talking to Mr. Skilling’s lawyer or that he should “get rid” of him. The Lay-Skilling-Causey motion does not name the identity of the Task Force member who sent the email or the attorney to whom it was sent.

H’mm, isn’t that a coincidence. Mr. Cogdell happens to be the attorney who successfully defended the only defendant in the Nigerian Barge case — former Enron accountant Sheila Kahanek — who was acquitted in the trial of that case.

Mr. Rice is the former Enron Broadband executive who testified falsely during the trial of the Enron Broadband case after copping a plea with the Task Force in the face of an almost certain conviction on insider trading charges that are unrelated to either the Broadband case or the Lay-Skilling-Causey case.

Mr. Rice — whose plea bargain allows the Task Force to withdraw its support for a light sentence if fails to “cooperate” with the Task Force in various Enron-related criminal trials — is expected to be a key prosecution witness in the upcoming trial of the Lay-Skilling-Causey case.

Does anyone really believe that Messrs. Lay, Skilling and Causey — already facing a highly anti-Enron environment that the prosecution has helped fuel — can receive a fair trial under these circumstances? And is this really the way that we want our Justice Department to be operating?